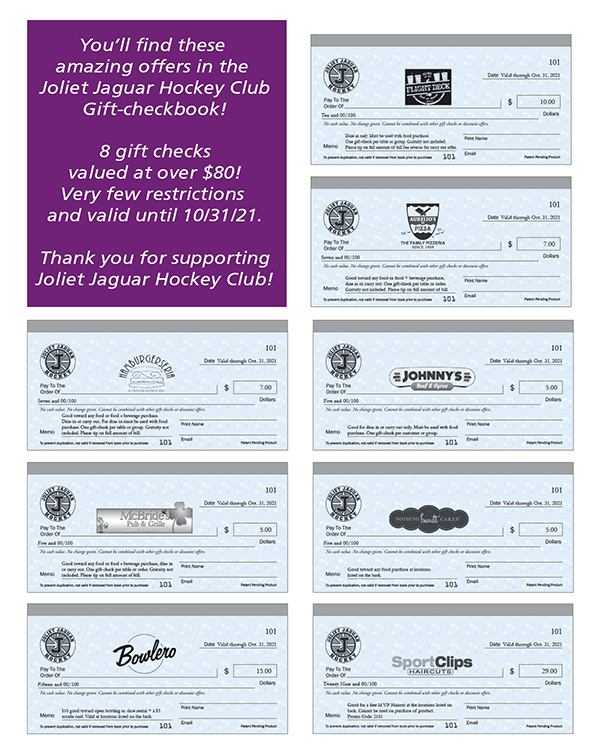 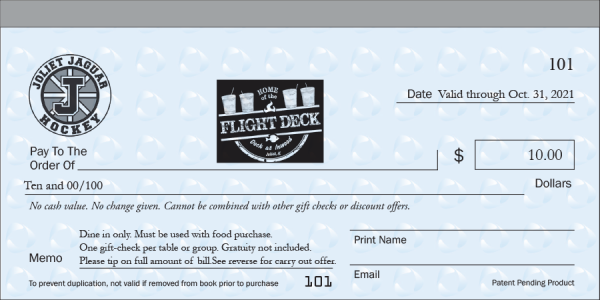 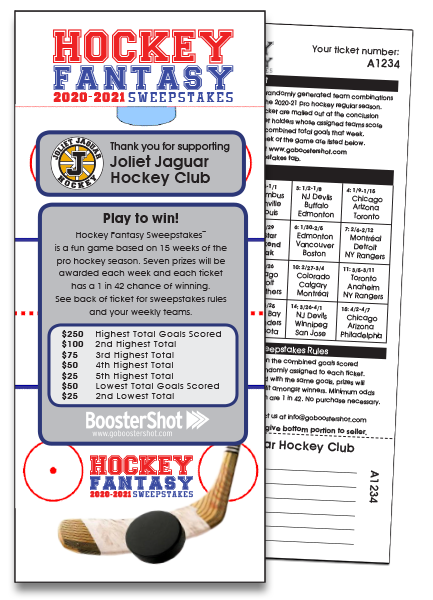 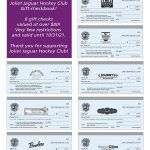 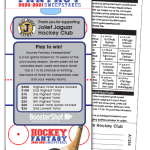 The Joliet Jaguar Hockey Club Fundraiser includes a Gift-checkbook and a Sweepstakes Ticket. The Hockey Fantasy Sweepstakes ticket features a fun game with cash prizes based on pro hockey scores. The Gift-checkbook contains eight local offers worth over $80!

Each sweepstakes ticket provides the chance to win one of six weekly cash prizes for each of 15 weeks of the pro hockey season, with the top weekly prize being $250!

Prize winners will be announced every week on this website under the Sweepstakes tab and checks will be mailed out to winners.

Thanks for supporting the Joliet Jaguar Hockey Club and our local merchants!